WHAT  INDIGO VAT CAN I DO?:  WHY DO WE WANT TO MAKE A FERMENTATION VAT?

The reasons why we wanted to make a fermented indigo vat are mainly two:

There are many types of fermentation vats. The best known in the world of indigo, are those made with composted leaves. In France, they are known as cogagnes, and are made with the isatis tinctoria (Glasto), in Japan it is known as sukumo, or gara in West Africa. 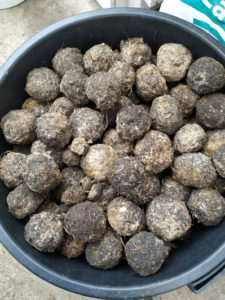 These vats with composted indigo leaves are in addition to the source of the dye, the source of bacteria that results in the fermentation of the vat.

However, there are other traditional fermentation vat procedures. In India and Iran, we find the vats described in the magnificent book published in 1987 by Bijoy Mohanti where they describe the traditional dyeing processes of his country, the sweet vats from India that use Cassia tora, or the vats from Central and South America where they combine decoctions of a combination of plants that contribute to a biological fermentation and the obtaining of colors. 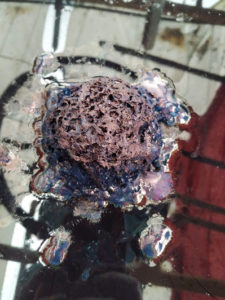 These types of vats are the most traditional and the least toxic of the previous options that we use, and with the necessary care, they can be kept indefinitely.

They can also have DISADVANTAGES in that they are slow-acting vats, some of them take weeks to be active to dye and require constant heat. They also create sediment and the smell can sometimes be bothersome.

They are vats that require time and constant attention to rebalance, that is, to feed the fermentation bacteria

The care of fermentation vats is based on three principles that require constant monitoring:

1. Alkalinity: Fermentation vats do not require the high alkalinity that is necessary for rapid reduction vats, which perform best at a pH close to 12.0. Fermentation vats require a pH between 9 and 10. There are several alkaline sources: wood ash bleach, sodium carbonate, potash, and very small amounts of lime (calcium hydroxide) or bleach (sodium hydroxide) to control pH . The pH needs constant and careful monitoring. In the first few days, when fermentation begins, the pH will drop.

PH papers are not accurate enough to discern pH fluctuations. Due to the relatively low pH, these vats are suitable for both cellulose and protein fibers without fear of damaging textiles.

2. Organic material for fermentation: There are various materials that induce fermentation. One of the best known, perhaps, is the madder roots that has traditionally been used as a source of bacterial fermentation. Indigo dyers used to use the root that had already been used to dye red. Once the red dyes have been removed, the plant material remains a viable source for fermentation.

However there are throughout the practice of fermented indigo throughout the world, there are many other sources of material for organic fermentation: plants and seeds (Casia tora in India, Morinda germinata in Africa, Lawsonia Inermis .., for example) and even wheat bran.

Traditionally in Europe, the balls were composted to extract pigment and provide bacteria for fermentation, much like sukumo in Japan. When Indigofera tinctoria was introduced from India, cocagnes were more often used to drive fermentation, rather than being the main source of dye.

3. Temperature: The ideal temperature for fermentation is 27 to 32 ° C. Hot climates are the natural environment to manufacture and maintain these vats. They can be kept at a constant temperature with submersible heaters, checking daily that the temperature is kept in optimal conditions.

We believe that for a serious indigo dyer, in the long run, fermentation vats are a viable alternative. They require more time and attention, but they perfectly tolerate downtime after which, with patience, they can be reactivated. They are covered, the heat supplement is removed and they are left to stand. To reactivate again, the pH will be checked and adjusted if necessary. If the color is weak, it will be re-fed, stirred and added heat and will wait a day before trying the dyeing again.

For our purposes, the problem of discoloration seems to be solved with the use of fermentation vats. 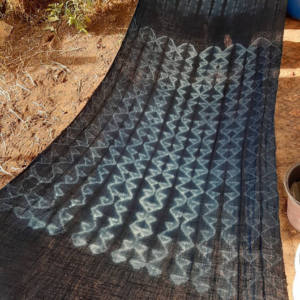 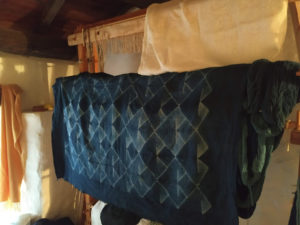 This, along with a thorough washing of the fibers before dyeing without using carbonates, carrying out short dips in the vat (a good dyeing takes several days) and an exhaustive washing afterwards, it seems that it helps the dye to penetrate better into the fabrics and that a minimum dyeing durability of 30 years can be guaranteed.

And after all this, which indigo vat  to choose? We believe that choosing one indigo vat or another is a personal decision and what is a benefit for one person may also be a deciding factor for another. 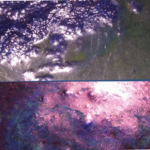 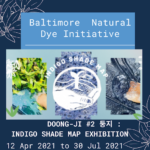 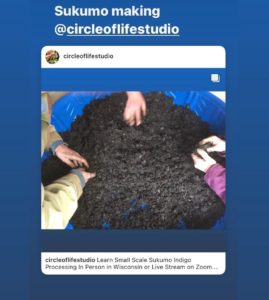 We use cookies to ensure that we give you the best experience on our site. If you continue to use this site, we will assume that you agree with it.OKCookie policy